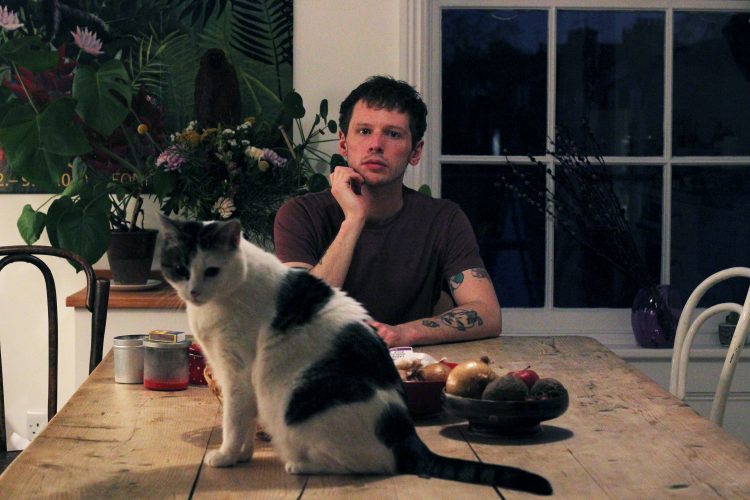 Supermilk is the solo project of London based musician Jake Popyura.

Writing and playing music from the age of 7, Popyura has spent the majority of his life performing, recording and touring internationally as a member of various bands and projects. Most recently he was the co-founder and drummer/vocalist of indie-rock trio Doe (2013-2019) and started releasing material as Supermilk in 2017.

Originally intended as a sporadic studio-only project, Supermilk initially released two short EPs –  the synth-heavy ‘Hello? Yes this is Supermilk…’ (2017) and the mental health-centric ‘Rare Delusions’ (2019). Supermilk’s self-produced debut LP – Death Is the Best Thing for You Now – was released in March 2020 through Popyura’s own Keroleen Records. The album – a fidgety, bittersweet mix of post-punk and fuzz-pop with overarching lyrical themes of death and male entitlement – was released to coincide with Supermilk’s transition to performing with a live band, which included guitarists Sophie MacKenzie (Cheerbleederz, Finish Flag) and Popyura’s former Doe bandmate Dean Smithers. However, as they were preparing for the LP’s release show the UK was plunged into lockdown due to the global Coronavirus pandemic, putting all shows and touring plans on hold for the foreseeable future.

Faced with an abundance of free time and an inability to wake up later than 6.30am, Popyura soon started writing and demoing new songs, and by the end of 2020 had written more than enough material for a new LP. Seizing the opportunity between various Covid restrictions he teamed up with friend and producer Rich Mandell (Happy Accidents/Me Rex) to record Four by Three, at Marketstall Recording, East London in just 6 days. The album showcases a gentler and more personal side to Supermilk’s songwriting whilst still retaining the urgency and 90s indebted fuzziness of the project’s previous releases.