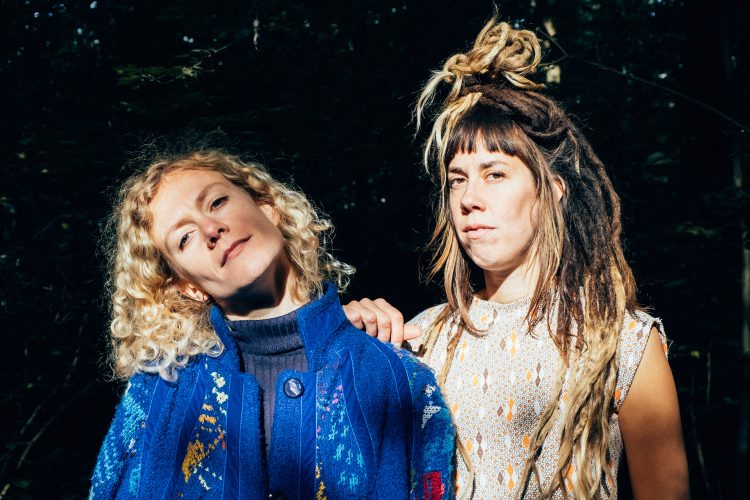 Born out of Amsterdam’s pulsating heart in 2017, the duo of Rosa Ronsdorf and Nina de Jong’s first made a name for itself with an eponymous debut tape for Portland’s Beacon Sound one year later. Conjuring up the saturated grit of heavy guitar riffs along with flickering tapestries of post-apocalyptic rave motifs, and topped with a wild dose of trance-inducing psychedelia, the pair have laid the foundation to a body of work both euphorically raw, dancey and introspectively downbeat by turns.

On Highway Hypnosis, their first album for underground imprint Knekelhuis, Spill Gold masterfully juxtapose darkness and light, playfulness and control, enhancing the transcendental character of the material at hand.

With an arsenal comprising analogue synthesizers, SPD, percussion and an old ASBA drum kit, the songwriting traverses a world of Krautrock and cosmic influences as they playfully navigate their way from 60’s-informed synthpop to industrial and stoner rock tropes, via hallucinated lullabies a la Jefferson Airplane and shape-shifting electronica harmonics.