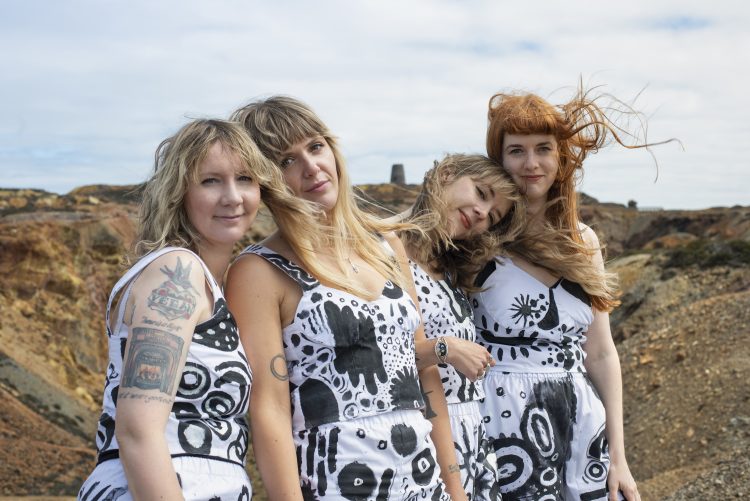 The single’s title track is a nod to local prehistoric gorge, Creswell Crags, where witches marks were discovered in 2019. The marks, also known as protective marks, were found around dark holes and crevices in the caves and are thought to have been used as part of rituals to warn off evil forces.

The notions of protection and ancient ritual tie in with the songs the band were working on at the time. They explain, “Both “I Fyny Af / Rise” and “Crags” are about summoning the consciousness of the land in times of despair; calling upon the ancient gods that live in the rocks, woods, lakes, seas and trees, and exploring spiritual suspicions and witchcraft. We wanted to explore both sides: the fear of witches, and also defend these long vilified women.”

Analogue evocations to Cymru’s sentient landscapes, from before the fall and after The Fall. Deep time and shallow graves. A coven dances around a burning holiday home to the strains of Hawkwind, Eno and Siouxsie. Astral projecting over the Green Desert. You are as far away as you will ever be from the world’s madness.