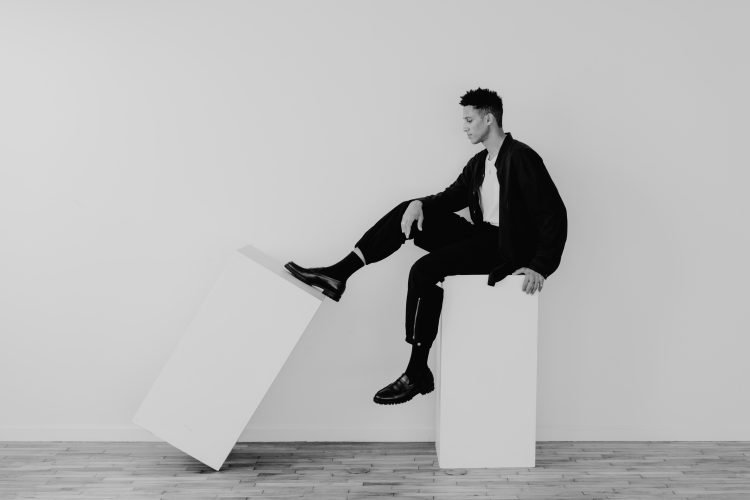 S. Raekwon, born Steven Raekwon Reynolds on July 10, 1995, is a singer/songwriter and producer from New York City by way of Buffalo, NY. The S. Raekwon project finds Reynolds documenting traces of a life both affected and infatuated by the power of difference. Reynolds’ journey began as a biracial Black boy in working-class Buffalo. He never met his father and grew up with a white mother who loved musical theatre and playing piano. He didn’t cut his teeth via a DIY scene, or in bands with neighbors and classmates; the isolation gave him space to channel his guarded nature into a freedom forged by the noises in his head.

After graduating from Case Western Reserve University in Cleveland, Reynolds moved to the East Village in NYC, an area he’s been fascinated by since family trips as a teenager. In Spring 2018, as he worked a day job and sought connections with others, Reynolds wrote and tracked the first S. Raekwon demos in his dingy studio apartment. Rather than self-releasing, Reynolds shopped the demos around, leading to the release of his 2020 debut single ‘Parts Towards Whole’ b/w ‘A Crow’s Smile’ via Saddle Creek’s Document Series.

Recorded between New York City and a six-month stint at his girlfriend’s parents’ home in Edwardsville, IL during the pandemic, Where I’m at Now is the album S. Raekwon made for himself with a clarity that arrived as he located his missing pieces in the world. Delicate as his approach may be, chaos truly underscored the two working years as Reynolds not only moved to lift the weight of the world off his spirit but connected with his roots. In a serendipitous turn of fate, Edwardsville was not only the same town Reynolds’ father once went to college but is also in close proximity to St. Louis where most of Reynolds’ Black family members are located. When he didn’t work on music, he protested against police violence in Missouri, and eventually reconnected with this family for the first time since his childhood. Upon leaving Edwardsville in September 2020, Reynolds quickly finished the rest of the album, charged by a new fire in his spirit and the light of his blood driving him towards a new beginning.

Where I’m at Now embodies several palpable shifts in the S. Raekwon project, and Reynolds as a man. Completely self-produced and self-recorded (save for drums on two songs,) the music’s driven by the relentlessness of the East Village and the quiet serenity of Edwardsville. The abstractions of his earlier musings transform into a warm wave of genreless coherence, drawing influences from across R&B, rock, folk, and pop to build a record that shines in its quiet spaces as much as its sweeping movements.