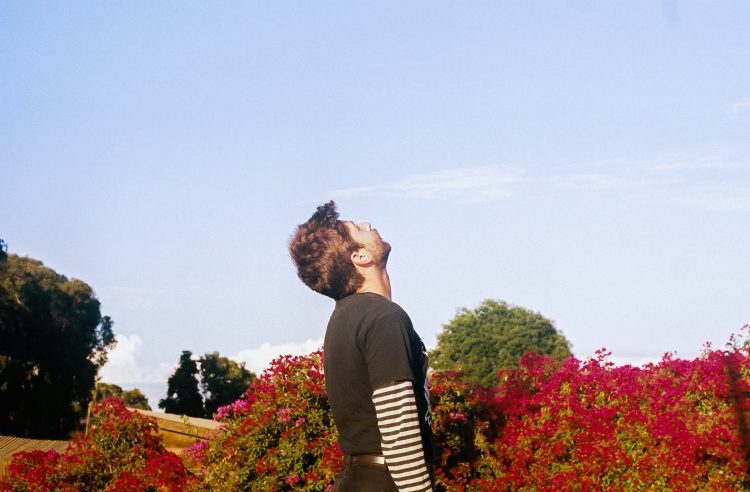 Self-produced and recorded wherever Runnner called home at the time, Always Repeating documents a cycle of looking back and moving forward, of alienation changing to reconciliation. After leaving college, his friends, and his beloved life in Ohio, Weinman made the reluctant decision to move back to his hometown of Los Angeles; not because he wanted to, but because he wasn’t sure where else to go. It was an extremely isolating time and that existential dread pervades throughout his debut for Run For Cover Records. “I began to feel like all of the people I knew and had met maybe never really existed,” Weinman says. “I fell out of touch with everyone. It was really lonely. I wrote these songs as a way of reaching out and trying to reconnect.”

While writing Always Repeating, Weinman floated between Providence, Los Angeles, and New York. “It’s like I sing about these places yearning to be there, but also knowing full well that what I’m really missing is the people I met and the experiences I had,” says Weinman. “I get restless and frustrated in my present, and romanticize my past while pushing myself into some different chapter—one that usually starts with me in a dark place and some songs in my journal. These songs end up being the constant for me over the years.” Always Repeating was completed in fall 2020 while he was living in Western Massachusetts and Woodstock using a mobile studio set-up. Weinman played the majority of the instruments himself, including guitar, banjo, trumpet, bass, piano, and synth. “I want it to feel honest and homemade and a little rough around the edges, but where the roughness doesn’t preclude somebody from engaging with the song,” Weinman explains. “Like you’re in the room listening to it all be made. I tried to preserve some artifacts of the process to help it feel present.”

For Weinman, Runnner is primarily a solo endeavor with an ever-expanding musical community of musicians collaborating on his albums and shows, which at times have been known to feature up to a 7-piece live band (he also has a burgeoning career as a producer, notably working on Skullcrusher’s critically-acclaimed debut EP for Secretly Canadian). This new collection of songs reflects a constant, honest search for attachment and a sense of place–and a vulnerability that empathizes with listeners who may face that same challenge.