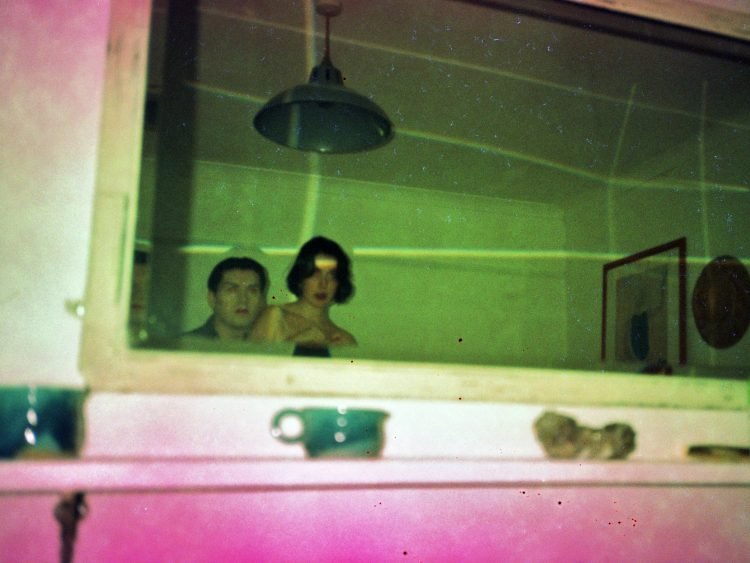 Robbie & Mona is couple-duet, William Carkeet and Eleanor Gray, who have found a surreal creative outlet making their scrap-book glitch pop with each other. They craft erratic and psychedelic dream-pop which subverts the indistinct haze that often plagues the genre.

The project began with William offering to produce Eleanor’s second solo album, which quickly transcended into the beginning of Robbie & Mona. The majority of EW was recorded in the cellar underneath Bristol’s most legendary independent venue, The Louisiana, with additional recordings made in their bedroom.

EW experiments fearlessly with sonic textures and song structures, and yet the songs can still carry the emotional weight of a Magic Radio ballad. While the overall vibe of the record takes many cues from dream pop and lo-fi indie, nothing is certain on first listen. EW expertly toes the line between deep emotional resonance and alienating disarray.

Both Robbie & Mona are members of Bristol’s emo-indie collective, Pet Shimmers, most recently back from supporting Alex G on his UK/EU tour. EW sees them tear around their self made studio like kids in a candy shop, taking full advantage of their freedom from a traditional band structure. More influenced by film than music, pictures such as Daisies by Vera Chytilova, Blue Velvet by David Lynch and La Dolce Vita by Federico Fellini all play an influencing role on their music.