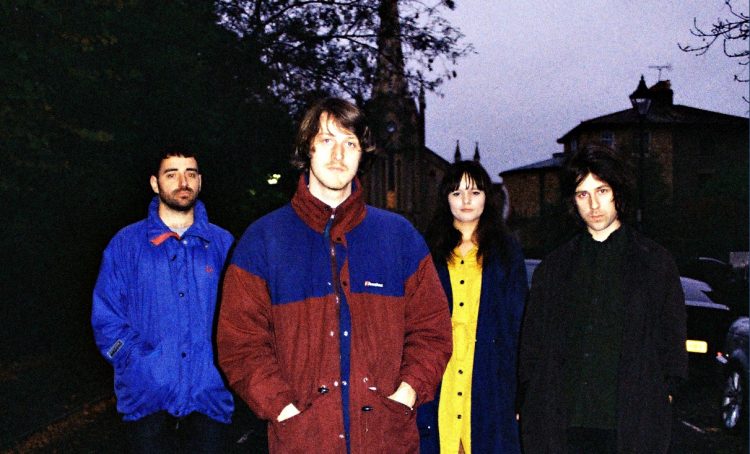 Pynch originally started life as a set of demos written and recorded by singer Spencer Enock in his parent’s Ramsgate basement, taking inspiration from indie stalwarts like LCD Soundsystem, The War On Drugs, The Strokes and Beach Fossils to name a few. On moving to London to study music, Spencer met bandmates-to-be Julianna Hopkins (Drums), James Rees (Guitar) and Jimmy Folan (Bass) and Pynch was born.

Their latest single ‘Somebody Else’, written and produced by Spencer during lockdown, is a five minute meditation on the conveyor belt of life, juxtaposing irony with earnest yearning to communicate the frustrations and contradictions of being human; the paralysis of wanting to feel everything at once.

Speaking about the track Spencer says, “I wrote and recorded the song over a couple of days in April after losing my job and going back home to live with my parents during the pandemic. The song is sort of a mediation and reflection on that and me figuring out whats going on in my life.”

He continues, “I wanted the video to be a document of this time as well and what it’s been like coming back home. I saw an advert on Facebook marketplace for a ‘lockdown bike’, which was £20 and made up of loads of random parts, so a lot of the video is me riding around Thanet on it like a 14 year old.”

Watch ‘Somebody Else’ here:

Stream ‘Somebody Else’:
Here