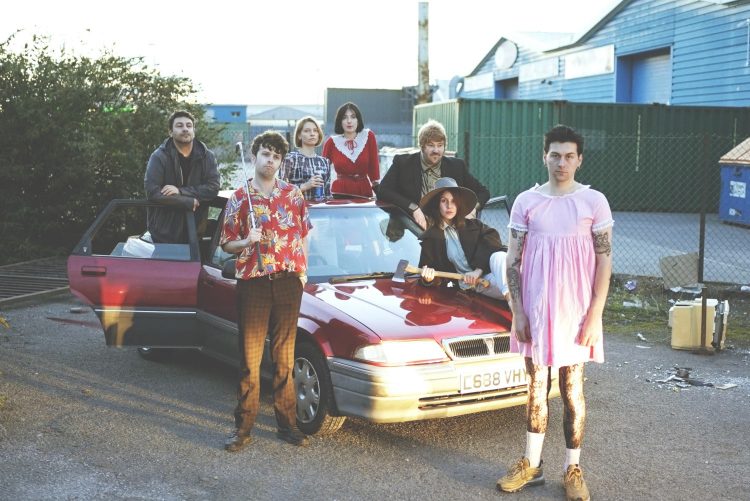 After an incredible 2019, Bristol six-piece Pet Shimmers have decided to strike while the iron is hot and surprise everyone with their debut album Face Down In Meta, out on the 31st January, ahead of their upcoming UK tour alongside (Sandy) Alex G.

A prompt invitation to record a session at Maida Vale followed, claiming their first ever live performance, barely a month after the project had begun – noted by Ravenscroft as a potential formation-to-radio record.

Face Down In Meta aims to push these carefully assembled sonic hurdles even further afield.

With the project ingesting a plethora of familiar, talented Bristol-based faces, the baton-wielding songwriting maestro Oliver Wilde marches frontline in the group. A solo artist in his own right, Wilde glues together six further essential performers, all of whom litter their own musical preludes including Portishead and Swallow Cave; Will Carkett, Richard Clarke, Ellie Gray, Lexie Jennings, Mig Schillace and Florrie Adamson-Leggit, each delivering their own unique Shimmer.