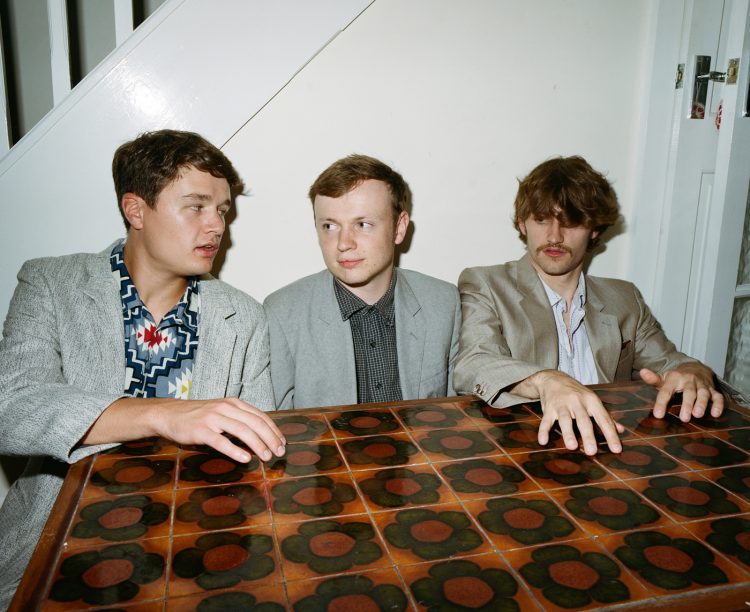 The years that followed found Papur Wal through an intensive gigging schedule and the release of ambitious singles and an EP at the forefront of a new generation of exceptional Welsh artists. Artists driven to follow their creativity through their native language and in so doing gaining a wider and enthusiastic international audience. This audience was attracted by the artists’ fearless storytelling and cliché free musical expression.

The band once described as ‘ELO in a car accident with Slint’ and lauded by BBC Radio 1 and BBC 6 Music started the journey towards Amser Mynd Adra at the beginning of 2020. The release of the singles ‘Meddwl am Hi’ and ‘Piper Malibu’ in quick succession re-introduced Papur Wal as purveyors of perfectly crafted three-minute, golden pop.

With the trusted support of their long-time producer Kris Jenkins (Super Furry Animals, Cate Le Bon, H Hawkline) on the desk Papur Wal have crafted an emotive coming of age album. As with Neil Young’s ‘After The Gold Rush’, Amser Mynd Adra discusses maturing into the seemingly bleaker period of mid-20s adult life, away from the carefree abundance of young adulthood. As Ianto explains “moving out from living with friends into the rest of your life, the fear of missing out, the everyday existential crisis, the guilt that comes with not knowing what to do next, separation anxiety and a new way of living your life that makes it all the more difficult to go back to do what you used to do”.