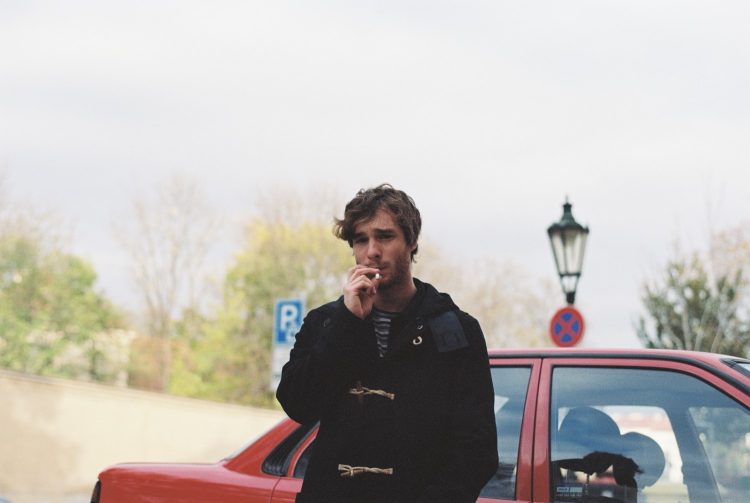 Outlaw Boogie is the alias of Michael James Dent; producer and songwriter originally from the beaches of the south coast, now finally settled in London.

Initially started as an excuse to write catchy indie pop songs back in 2012, Dent has been slyly crafting behind the scenes of various projects. Outlaw Boogie represents the music Michael James Dent always hoped to make; music that represents his personality. With elements of dream-pop, shoegaze and post-punk coursing through his latest EP, ‘The Circle’, Dent has truly found good footing in his own creativity.

Recorded almost entirely by Michael James Dent, mixed by Alfie Tyson-Brown (Katy J Pearson, Some Bodies) and mastered by Theo Verney (Lazarus Kane, TRAAMS, Fur) ‘The Circle’ deals with topics wide and varied, from connotations on life & death through to the nostalgia and feelings associated with looking back on your adult life.
Whilst the world was hit with the ongoing pandemic, Dent finally found the time to spend his days working on the music he had craved for years. A simplistic approach was taken for his first solo EP proper, and that is evident in the music found on ‘The Circle’. Unlike his previous work in bands such as Hunck, Yoofs or Zooz, the songs were written around the basis of a single theme. Whether this be a bass line, a chord progression, or even a lyrical motif, ‘The Circle’ could be the most straight forward release Dent has worked on so far. Singles ‘The Circle’ and ‘Dreamz’ both follow a groove through to the conclusion, but neither lose sight of the direction they intend to take the listener. Even epic closer ‘Slow Burn’ manages to flourish into a sonic soundscape of lush synthesisers, whilst staying true to the original ideas found at the start.

The idea of community runs also runs consistently through this release. Lyrically, the songs come from the different relationships working in Dent’s life from over the last two years. There are moments dedicated to his long-term partner, whilst there are also songs, like ‘The Circle’, which tackle the idea of where people truly end up once they pass away. ‘Those Damn Dudleys’, which is a song purely about nostalgia, was written with the help of Cameron Black (The Howlers, The Dolce Vita), and also showcases Dent’s passion to collaborate wherever possible. Drums were provided by the aforementioned Black (‘Still The Same’), but also by Kieron Johnston (Hunck, Zooz, Yoofs), who Dent has played with many times before.