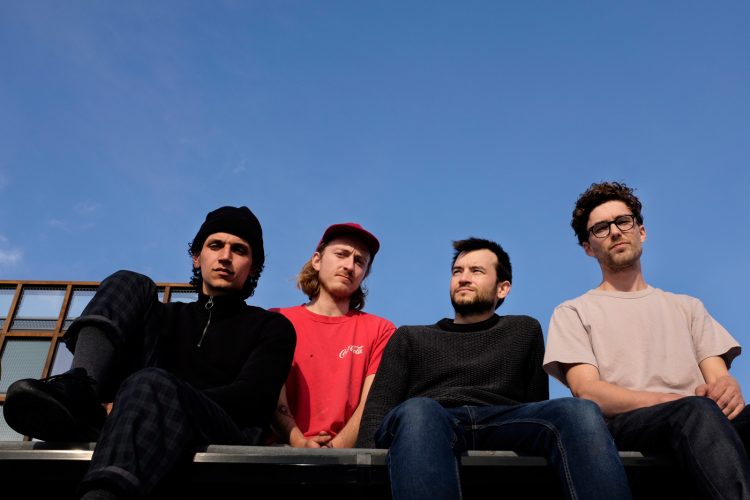 On Video are a four piece guitar band from East London.

Today, On Video continue down their heavier path with their most aggressive sounding single to date – ‘He Is Me‘.

A punchy two-note riff lays the groundwork for an abstract story of someone stuck between dreaming and waking life in a kind of cartoon horror story. Freight-train choruses and full-throated screams from frontman Hassan Anderson are over before they start, leaving you wondering if you imagined the whole thing.

Hassan says of the single: “I wrote the opening line of the track long before we’d written the actual song. It was just a silly line that we found funny (‘When I bust through the door and I see you with him and I then realise that he is me’). I liked the ridiculousness of the phrase ‘he is me’ but instead of seeing it purely in jokey terms it set the tone for a kind of dream logic where the distinction between yourself and the other is no longer clear.”