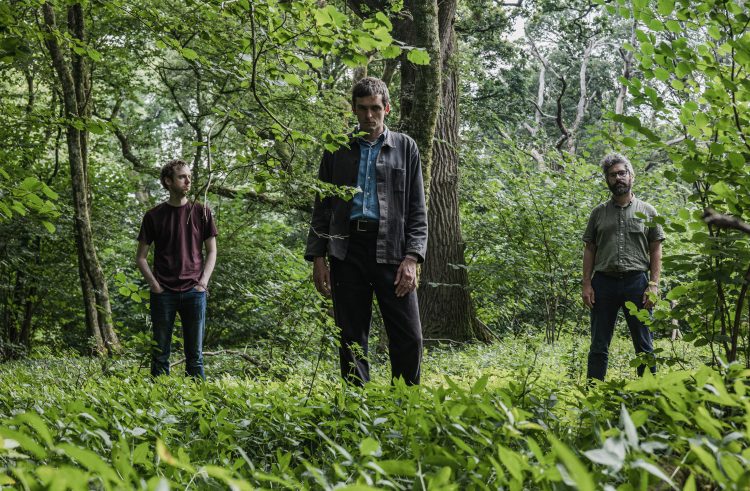 Since the demise of his previous band Ultimate Painting, Jack Cooper – under his Modern Nature guise – has never stopped looking ahead, exploring and reaching for something further. Since 2019, he’s released an EP, one full length LP, last year’s mini-album Annual, one 7” and three live cassettes, as well as the minimalist system music of this year’s Tributaries LP on Astral Spirits – in the process mapping out astonishing new terrain.

On re-reading The Tempest in 2019, Cooper was moved to write the quote “Be not afeard, the isle is full of noises” on the wall of his workshop and doing so sparked the initial ideas and activity that culminated in this record. The rich imagery and themes of The Tempest have long been a springboard for artists, but it was the setting of an island and the insular framework it represented that appealed as a way of elaborating on the musical and lyrical themes Modern Nature has been exploring since their first record in 2019. The album was completed during a relaxation of the pandemic restrictions in summer 2020 and for Cooper and his fellow musicians, its recording came to represent a sanctuary in itself.

Cooper once said: “With every song we record or musician we gain, another door seems to open on a route that’s worth pursuing.”  More than ever, this rings true on Island Of Noise, with the musicians sharing a collective vision that builds the most cohesive and exploratory version of Modern Nature yet. Island Of Noise fits beautifully between genres sitting alongside (modern) classics like Mark Hollis’ Mark Hollis, David Sylvian’s Blemish and Bert Jansch’s Birthday Blues. Like those, this is an album that may confound or challenge some, but will stand the test of time to those that open themselves up to Modern Nature.