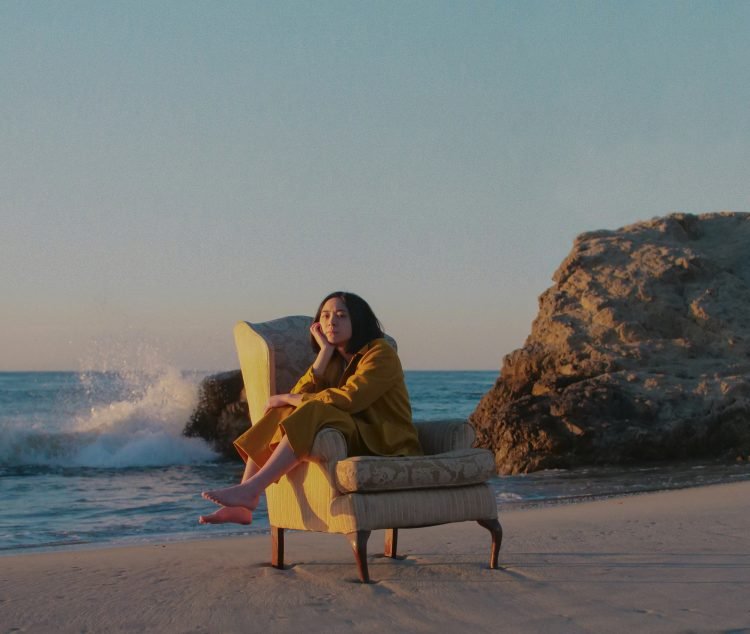 Mini Trees – the solo musical project of the Southern California born and Los Angeles based songwriter Lexi Vega – is pleased to announce she will be releasing her debut album on Run For Cover Records. The yet-to-be announced album is tipped to be released this Autumn.

After playing drums in other bands for years, Lexi Vega began writing and recording her own music under the moniker Mini Trees in 2018. She recorded her first solo track in the summer of 2018 with producer Jon Joseph and was immediately hooked on the feeling of creating something that spoke directly to her as an artist. Mini Trees debut EP, Steady Me, dropped in 2019 and Lexi followed it with last year’s EP, Slip Away. Mini Trees has been a natural evolution for Lexi, who grew up in Southern California surrounded by music.

Mini Trees had begun to play shows around the West Coast in early 2020 when everything came to a halt. Suddenly she was home, with endless time to think, and the pause made her begin to reevaluate her own identity and beliefs. Initially, she had planned to write and record a third EP in 2020, but quickly Lexi realized she had the time and inspiration for an album instead, going into the studio with Jon for several recording sessions last summer.