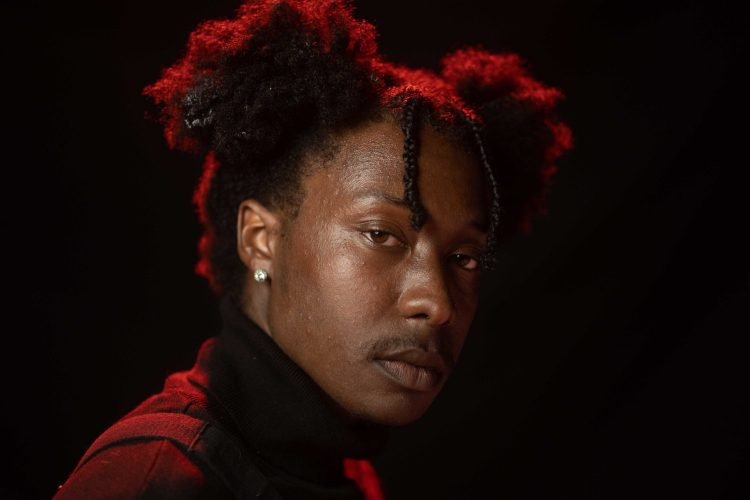 Richmond, Virginia-based artist McKinley Dixon has always used his music as a tool for healing, exploring, and unpacking the Black experience in order to create stories for others like him. On his previous two self-released albums, Dixon’s songs looked at concepts ranging from self-love to police brutality, and the complex trauma Black people navigate collectively and as individuals. For My Mama And Anyone Who Look Like Her, Dixon’s debut album on Spacebomb, is the culmination of a journey where heartbreak and introspection challenged him to adapt new ways of communicating physically and mentally, as well as across time and space.

“Black people have an ability to talk about the concept of home—meaning communities, blocks, hoods—from a really thorough place because of those concepts’ connection to Blackness. That ability, and sort of already internalized and in place language, allows for the speaker (rapper) to exist in their current setting, while also being able to reminisce, dissect, and discuss their past,” says Dixon explaining the idea of rap as a form of time travel. “If time is ‘non-linear,’ what is stopping me from going back to process the past? I am here now, having learned what I have, and because of that I am able to go back and figure out patterns and trajectories to see better how I’ve gotten to this point. And to see what I can do differently for the community and people around me in the future to make where we’re going, together, better. For me and other Black folks, when you hear rap music, you are then able to take those moments in the music and apply them to your own life and patterns. It’s a glimpse into the worlds of others that look like you, and it allows you to feel a sense of belonging—and in a way, a sense of home. Rap music has a very sturdy trajectory of ‘I want to be somewhere else, one day I’ll be somewhere else, and I’ll take my whole community with me.’”

This unique concept of musical time travel elevates the storytelling on For My Mama And Anyone Who Look Like Her as it moves through different stages of Dixon unpacking and processing his surroundings. The new album, which is the third piece of a trilogy, finds Dixon working through inner demons, complex relationships with religion, and trying to make sense of mortality for Black peoples. This winding road of turmoil is only amplified by a deeper pain he’s still finding the language to work through: in 2018, his best friend was tragically killed. In the context of just being Black and living in this world, “musical time travel” has become a way for Dixon to dissect traumatic timelines and pave his own road to processing, healing, and survival. “The album is me processing for myself now, and for my younger self,” explains Dixon. “It’s also a conversation to my homie who died, who didn’t have access to the same things as I did—didn’t have access to music, therapy, books.” With Black death constantly happening on a news cycle, within neighborhoods, and within families, processing has never had a specific start and end point. These 11 songs are a way for Dixon to cycle through fragmented memories and unclosed chapters, and begin to reconcile where these stories of racism, death, and trauma live on the new timeline he’s created for himself.

For My Mama And Anyone Who Look Like Her challenges Black people to revisit more than one timeline and question everything they’ve been taught about processing grief in order to rebuild their present and future selves. There’s no definitive end to the darkness and trauma of the past, but this album is a stepping stone in Dixon’s pursuit of moving forward, and being a voice for Black people still learning how to advocate for themselves.

“The best way to sum up this album is: I was sad, I was mad, and now I’m alive,” Dixon explains. “These things I talk about on the record have had harmful and brilliant effects on my timeline, and have forced me to be cognizant of the fact that living is complex. Rap has allowed me the language to communicate, and be someone who can communicate with people from all over. Knowing how far I’ve come, I think people will find trust in the message I’m sending.”