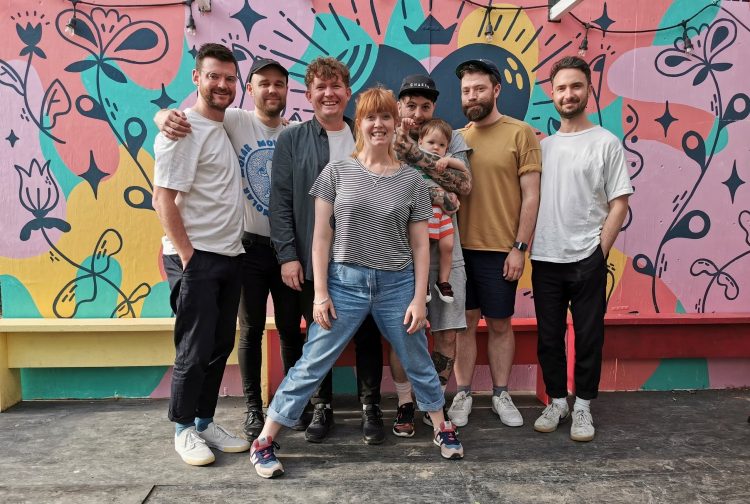 To commemorate it’s 10th birthday, Los Campesinos! will reissue their 2010 album Romance Is Boring, on Valentine’s Day (14th February 2020). The celebrations will be marked by a double header at Islington Assembly Hall, London, where the band will play the album in full, plus a second set of hits:

Tickets go onsale at 9am on Friday 27th September, but anyone pre-ordering the album (https://loscampesinos.kontraband.store) before then will be sent a link allowing them to buy tickets immediately.

The remastered version of Romance Is Boring will be available on gold double vinyl, and there’s also an opportunity to get hold of its companion, the ‘All’s Well That Ends’ EP for the first time since 2010. Just 500 copies of the 10” EP are being pressed this time around, featuring brand-new artwork by LC!’s R N Taylor.

There are more exclusives to be grabbed as part of the pre-order, with all purchases receiving a Valentine’s Card signed by the band, plus “Romance Is Boring: an Oral History” an extensive ‘zine based around the album, taking in a decade’s worth of Los Camp! conversations.