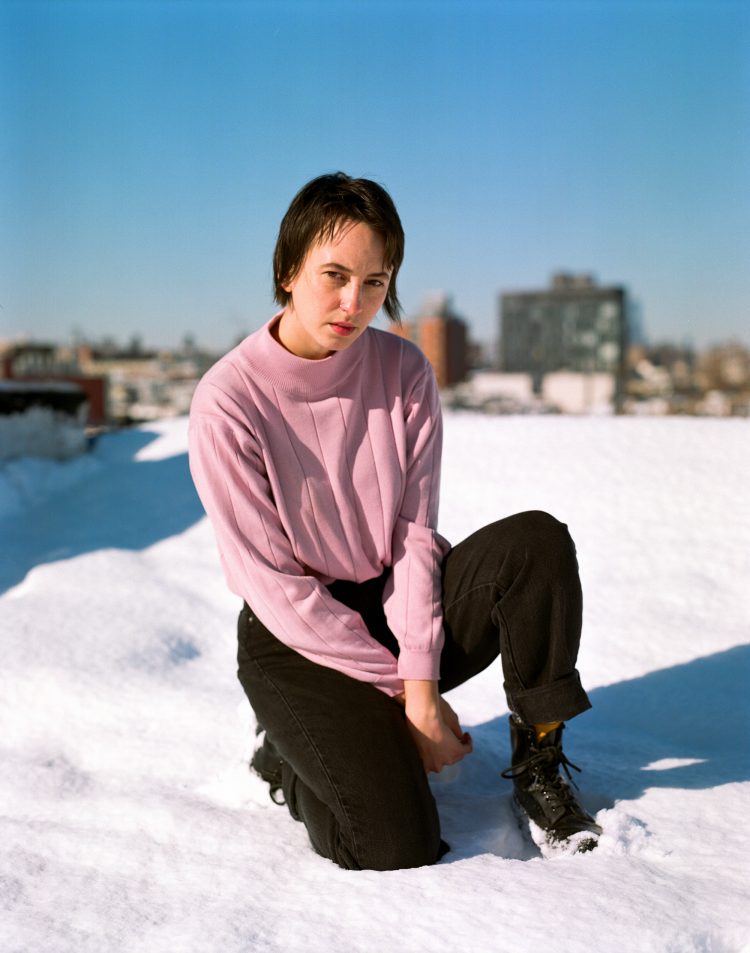 Kristina Moore writes songs about the anti-place, a state of being understood by truckers, deckhands, flight attendants, and touring musicians. An in-between existence where home becomes blurry, and improvised routines provide temporary comfort. That liminal experience was only exasperated when Moore relocated to New York and then immediately hit the road, spending every weeknight in a different club around the country, her bags still unpacked and her world in stasis.

Despite a youth steeped in music, it wasn’t until late highschool that her first band came together, inspired by the freedom she found in their theatre program, and making use of an old accordion she’d inherited from her grandparents. After school, Moore moved to Omaha, where she spent a year writing her own songs before returning to Phoenix. She remembers this time fondly, booking tours through Myspace and printing out directions from MapQuest, performing in makeshift venues around the country and sleeping on floors and couches – a DIY crash course familiar to any lifer who got their start in the late aughts.

koleżanka’s debut album, Place Is, distills the experiences of a lifetime into sound. These songs could easily soundtrack a late night drive through the Phoenix desert, cacti and the pupils of wildlife illuminated under the yellow glow of headlights. Songs like ‘A Mouthful’ and ‘7th St’ sway with an assured confidence, Moore’s calm voice a grounding beacon in a kaleidoscope of sound. Written over two years, the album was recorded mostly via email exchanges with longtime collaborator Ark Calkins. Plans to record in a proper studio back in Phoenix were cut short, when murmurs of a new virus brought life to a standstill.

It’s an album that asks the question, “what is a place and what is a home?”, investigating the deeply meaningful relationships we build with places – that coffee shop outside the venue in Texas, the bar around the corner, the intimate space we build with a lover. On Place Is, koleżanka delivers one of the year’s most promising debuts, a surprisingly self-assured record from an artist who’s only just getting started. One might go so far as to say Kristina Moore has found home, or at the very least, built one within the confines of these 9 songs.