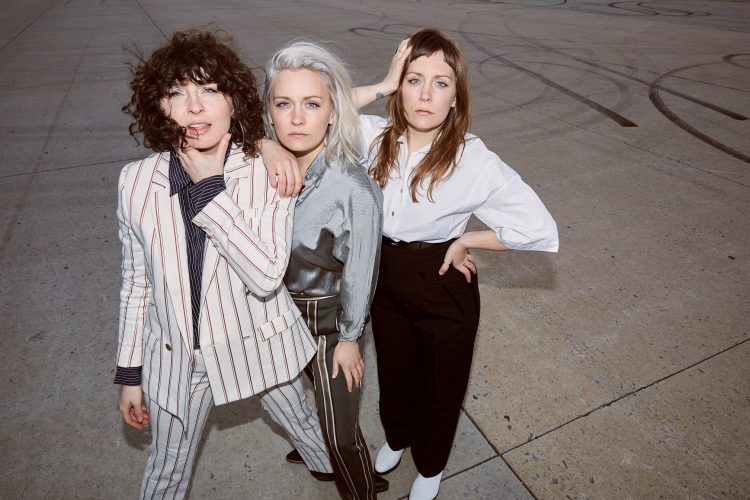 Portland-bred sister trio Joseph announce their new album ‘Good Luck, Kid,’ set for September 13th release via ATO Records. Following 2016’s ‘I’m Alone, No You’re Not,’ which was hailed as “an appealing mix of swoony delicacy and punchy anthems” by NPR Music, the new album is a road movie in album form, an odyssey at turns emotional, existential, and entirely literal.

With their intimate storytelling and restless intensity, Natalie Schepman and her sisters Allison and Meegan Closner detail that journey in songs that careen and sprawl and often soar, ultimately spinning a narrative of life-changing transformation.

In the making of ‘Good Luck, Kid’ Joseph pushed beyond the dreamy folk of their debut album with ATO Records, embracing a grittier, more dynamic sound. The 13-song collection was produced by Christian “Leggy” Langdon (Meg Myers, Charlotte OC) and the result brims with thick drums and lustrous guitars, heavy grooves and radiant melodies. Despite the bolder sonic palette, ‘Good Luck, Kid’ remains centered on the band’s crystalline vocal work, including the otherworldly harmonies that suggest a near-telepathic connection among sisters.

“The through-line of the album is this idea of moving into the driver’s seat of your own life—recognizing that you’re an adult now, and everything’s up to you from this moment on,” Natalie said. “You’re not completely sure of how to get where you need to go, and you don’t have any kind of a map to help you. It’s just the universe looking down on you like, ‘Good luck, kid.’”

Joseph will return to Europe this November for a headline tour, including London’s Bush Hall, plus dates in Birmingham, Manchester and Glasgow: