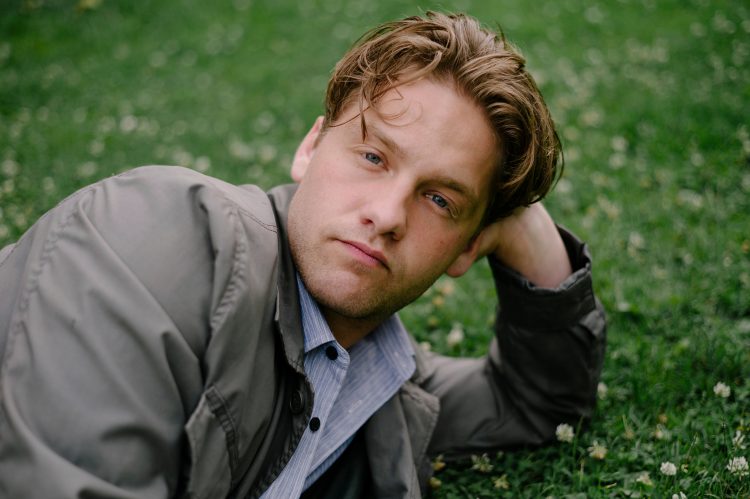 After three years of on-off writing and nearly six months of recording, Mikkel Holm Silkjær, Danish songwriter and frontman of indie-rock band Yung, was almost done with his debut solo record when he finally figured out what it at all meant.

It was a powerful lightbulb moment for him both creatively and personally, and one that came with a little help from Raymond Carver.

Arriving home late from the studio, Silkjær picked up the legendary writer’s short story collection What We Talk About When We Talk About Love, and read Why Don’t You Dance? for the first time: a highly enigmatic tale of a man apparently selling off his life’s possessions in his front yard. It concludes with a young woman, who bought some of his belongings, still trying – and ultimately failing – to figure out what the man’s story was. “There was more to it,” says Carver in the penultimate sentence.

There was more, too, to the songs Silkjær had been working on for his solo project, Holm; Carver’s story helped to unlock the deeper truth to them. “‘I’d been reflecting on the record, and thinking a lot about the lyrics,” Silkjær recalls. “And reading that really resonated with me. It made me realise I’d been in a dark place for a long time, and that I hadn’t really been vocal about not feeling well, but it was there in the songs. There was this overwhelming sense of realising things weren’t going the way I wanted. As soon as I read the story, I wrote the last song for the album, which is about the catch-22 of wanting to get better, but worrying I wouldn’t keep producing good work if I did. We recorded it the next morning, and I knew Why Don’t You Dance had to be the title of the album.”

Holm’s debut solo album Why Don’t You Dance is due 28th January via PNKSLM Recordings.