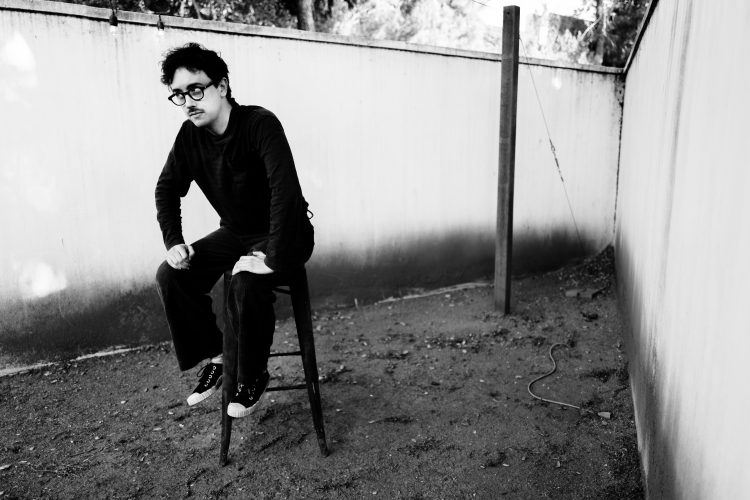 Since he started playing guitar as a kid, writing songs has been an important outlet for Harrison Whitford. The LA-based songwriter, producer and multi-instrumentalist has spent the last several years lending his warm, expressive guitar skills to Phoebe Bridgers, and even when her music started being noticed, Harrison still felt the urge to flex that creative muscle. A few years ago, in between touring with Phoebe, Harrison collected the songs he’d written between the ages of 17 and 21 together into his debut album Afraid of Everything, released via Screwdriver Records. He is now back with his first new piece of new music since 2019 track ‘What’s Happening’.

Twinkling new single ‘Salvation Army’ drifts in on light slide guitar, a soft stomping kick catching it, softly dragging it forward while Harrison, singing barely above a whisper, relates a fragile relationship “all the time spent looking for each other is time spent well, it wasn’t much but I swear it was something as far as I can tell”.

Full of maturity, poise and richness, ‘Salvation Army’ pushes Harrison and his sound to new limits, laying the groundwork for an exciting new step in his progression as an artist. He is currently working on a new album.