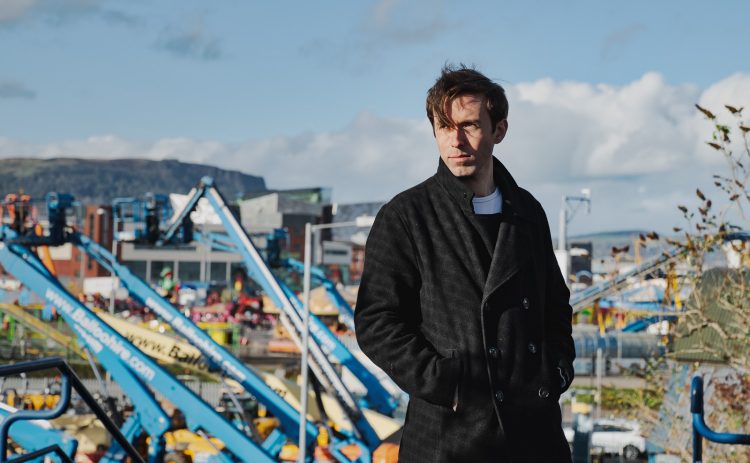 The album title is based on outgoing British Prime Minister Theresa May’s vague remark that “Brexit Means Brexit”. Gross Net Means Gross Net mimics this – the album is whatever Quinn sanctions the project to be. Shaken by the political upheavals in the US and UK in 2016, the refugee crisis, and the consequences of present-day capitalism, Quinn mined internal feelings of mental anguish and slowly pieced the album together starting with acoustic guitar sketches that would evolve into the carefully crafted compositions that comprise Gross Net Means Gross Net.

Throughout the album, melodies of rapture and unease duel, creating a dizzying anxiety similar to the minimal electronic doom of Coil and Bish Bosch-era Scott Walker. The ethereal “Gentrification” alludes to the orchestral ambience of Popol Vuh, eventually entering unexpected pop territory with the arrival of a palpitating beat and Quinn’s delicate croon. “Of Late Capitalism” demonstrates Quinn’s range of instrumentation with combat-ready percussion and ominous textures wielded from both synths and guitars. The equally gorgeous and unsettling “Dust to Dust,” with its melancholic beauty, builds to a dramatic conclusion that marks the album’s cinematic climax. Conceived in the void of personal isolation and societal darkness, Gross Net Means Gross Net is an eerily intimate affair that captivates with its originality.