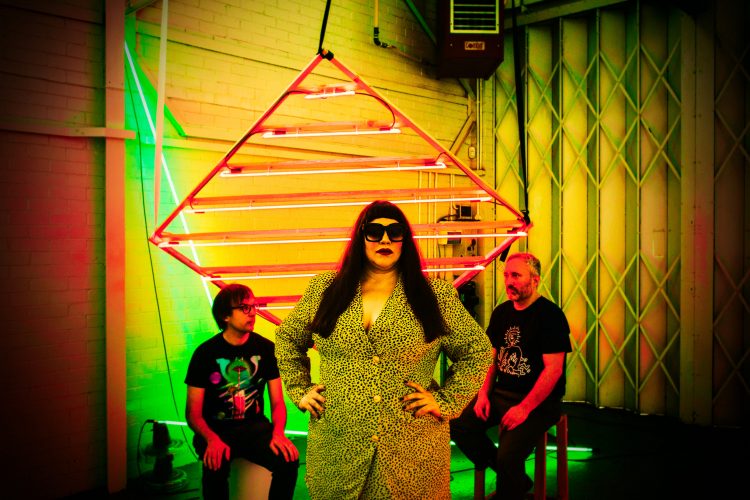 Galaxians‘ neon-lit disco-funk dances wildly across dancefloors past and present. Spinning on their own axis, the Leeds trio summon a sound that’s joyous, communal, and fuelled by “too much coffee and too many donuts”.

With their polished yet primitive high-energy pop potion, Matt Woodward (drums) Jed Skinner (synths) and Emma Mason (vocals) can slip into rock venues as easily as sweaty club spaces. Bringing a human touch to electronic music with live drums, earth-shaking vocals and gold-plated grooves, since 2012 Galaxians have been merging two sides of their hometown that don’t often meet: dance music and the DIY scene.

Galaxians add a modern twist to retro sounds, recalling the likes of Roisin Murphy, Hercules & Love Affair, Lynda Dawn and Sink Ya Teeth. For their second album, Chemical Reaction the band have stripped back the music and pumped up the vocals. Emma joined the band in 2016, and with her unstoppable voice elevates the group to a fully-formed musical act. This new LP is all about her. “We just wanted to make a pop album with simple songs and let Emma shine and do her thing,” they say.