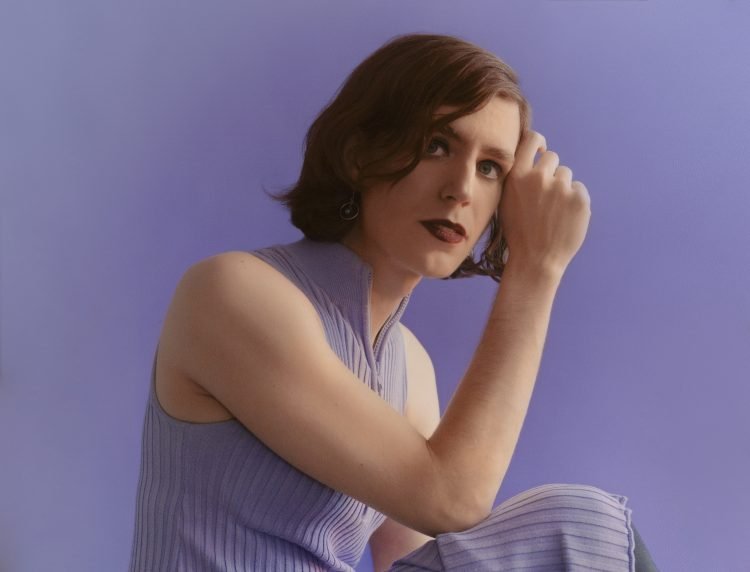 Ezra Furman will release her new record, All Of Us Flames, out 26th August 2022 via Bella Union. Inside the world of All of Us Flames, the end of the patriarchal capitalist empire seems both imminent and inevitable, a turn down a path we can’t see yet but can’t avoid, either.

Produced by John Congleton, All of Us Flames unleashes Furman’s songwriting in an open, vivid sound whose boldness heightens the music’s urgency.

A singer, songwriter, and author whose incendiary music has soundtracked the Netflix show Sex Education, Furman has for years woven together stories of queer discontent and unlikely, fragile intimacies. All of Us Flames is the third instalment in a trilogy of albums, beginning with 2018’s Springsteen-inflected road saga Transangelic Exodus and continuing with the punk rock fury of 2019’s Twelve Nudes.

Furman has a knack for zeroing in on the light that sparks when struggling people find each other and ease each other’s course. “I started to think of trans women as a secret society across the world: scattered everywhere, but so obviously bound together, both in being vulnerable and having a shared vision to change a fundamental building block of patriarchal society,” she says. “I‘ve been building my world of queer pals, and it feels like we’re forming a gang.”

On All of Us Flames, the heat of a different world throbs just behind the skin of this one; all around us, openings to it flicker. They vanish almost as soon as they’ve appeared. But they keep appearing, as if daring us to hold them open, to widen them until they turn into a way.