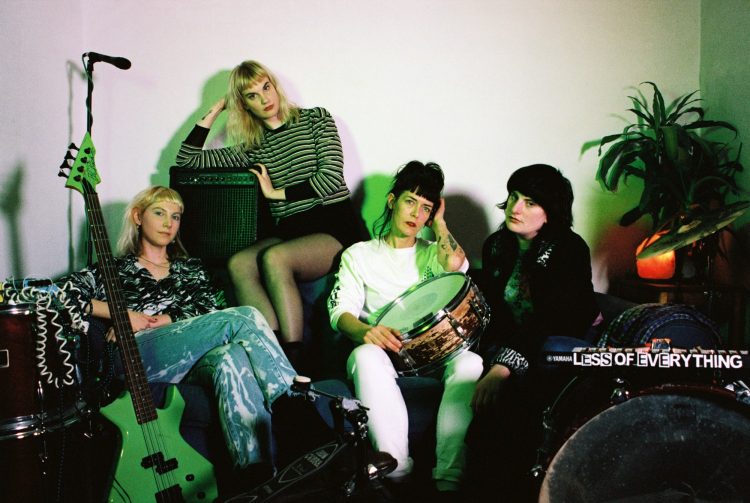 The title of Es’ first full length LP, Less of Everything, could be interpreted as a manifesto pledge, an outright demand or a purely literal sonic descriptor of the London quartet’s glacial form of punk rock music. This tension between intent and interpretation has been a fundamental element of the group’s output from their formation.

After a period with members split between Glasgow and London, Es recorded Less of Everything with Lindsay Corstorphine (Sauna Youth, Primitive Parts) in Tottenham in 2019. As in ‘Object Relations’, the dynamic between Cotterell’s bass and Watters’ keyboard is at the heart of Less of Everything’s sound: intertwining sub-zero melodies, gothic anarcho-punk influences (think KUKL, MALARIA, X-MAL DEUTSCHLAND) and some kind of entirely unlocatable aquatic component. When combined with Leach’s precise drumming, the outcome is original and immediately recognisable. Es are a group who know how to leave space, how to strive for minimalism without sacrificing aggression or dynamism.

Less of Everything will be released on April 3rd 2020 on Upset The Rhythm.