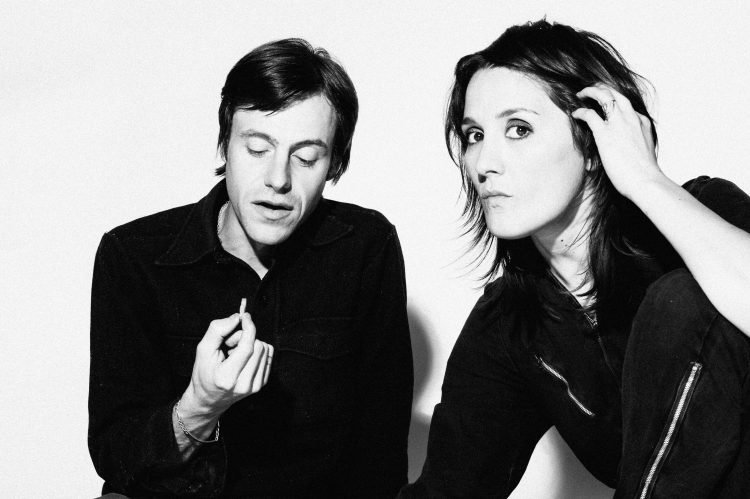 DRINKS is the new project from Cate Le Bon and Tim Presley, aka White Fence, whose album Hermits On Holiday will be released 21st August 2015.

Cate, born in West Wales, raised under the shadow of a woolen mill, dressed by the field and by the rain. Tim, from San Francisco, grew under and over the bridges and streets, combed by corners and by concrete.

A more different musical upbringing you couldn’t dream up. One a black thread strung through the eye of American hardcore, she a shard of glass tapped through a solid wall. Loop the thread around the shard and you have pendular device for predicting the sex. Will it be a boy or a girl?

They both like to drink, coffee mostly and sometimes each other. And once the drinks are drunk out it comes. The mud slicks and the plates click.

Drinks is a solo project, not a collaboration. It has one mouth, one set of lungs, one mind and four legs.