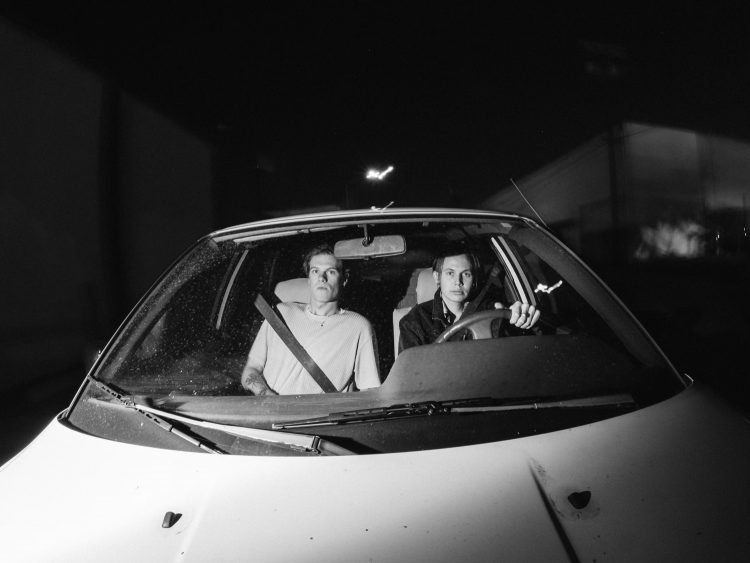 Death Bells — the long-running musical collaboration between Will Canning and Remy Veselis — are thrilled to announce their third full-length album, Between Here & Everywhere. Set for release on 29th July via Dais Records, the LP captures the cross-section of Southern California’s shadowy hidden interzones, outside of the lights and luxury.

Between Here & Everywhere sets out to map the potent mess of Los Angeles. Canning cites the “vastness” of the band’s adopted home as a constant muse, and much like the city itself, the album ebbs gradually from harrowing to hopeful over its 35-minute runtime. The lyrics are categorized as “narrative, but not autobiographical,” born of intrigue, intimacy, and a sense of “looking outward.”

Formed in 2015 in Sydney, Australia, Death Bells has proven to be a mainstay in the alternative underground musical landscape both in their homeland and overseas. Death Bells released their sophomore full-length and Dais Records debut New Signs of Life in September of 2020.  On this record, the group embraced their diverse tastes to deliver unforgettable hooks and more expansive sounds across its nine graceful songs.  Following, and in direct response to the pandemic, Death Bells secluded themselves at Bombay Beach to record and release 5 live recordings of songs from New Signs of Life in April of 2021 —  the gorgeous live performance and recording Live from Bombay.

Revitalised and recentered, Death Bells present Between Here & Everywhere — a dizzying portrait of a band at the height of their powers.