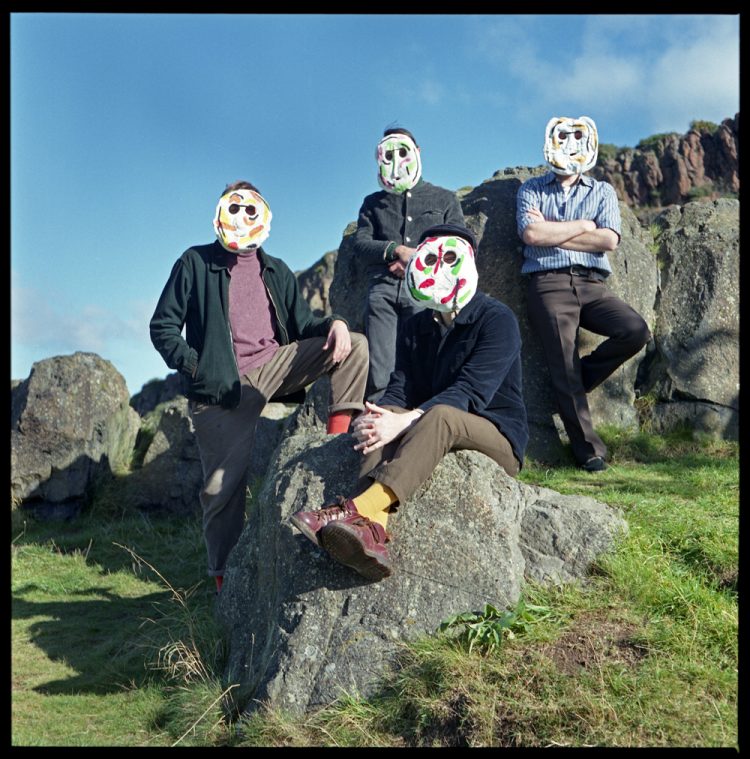 BUFFET LUNCH are a Scottish group who make it their mission to craft satisfyingly imperfect pop songs filled with imagery and humour. Today, they announce their debut album, The Power of Rocks, due 7th May on Upset The Rhythm, accompanied by new single, “Red Apple Happiness”.

Buffet Lunch’s elementary parts are Perry O’Bray (Vocals/Keys/Guitar), Neil Robinson (Bass), John Muir (Lead Guitar) & Luke Moran (Drums), united by a shared love of music on the ABBA-to-Beefheart axis. These four ricochet between Glasgow and Edinburgh, creating music that bristles with DIY spirit and upbeat wonkiness. Their tracks are vigorous excursions, meandering into clattersome terrain as often as hiking up into the breezy, melodious foothills. The desire to lead the listener along a curious tale helps tie things together, showcasing a lyrical playfulness that pins down their puzzle of sound.

Having been an active band for a few years, playing regularly north of the border with like-minds such as Irma Vep, Robert Sotelo and Kaputt, Buffet Lunch spent early 2020 working on the follow-up to their two EPs on Permanent Slump. The fruits from such labour bore out as the band’s debut album The Power of Rocks.