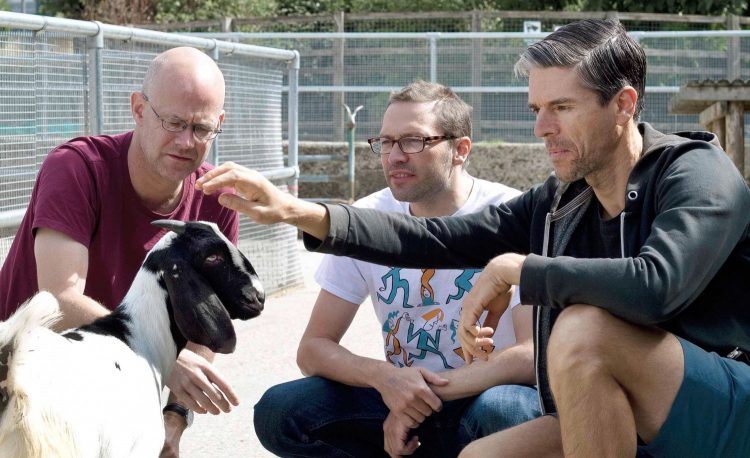 If a band keeps it together for long enough music isn’t just made, it grows. Bilge Pump are at that point with ‘We Love You‘, their first album in ten years and perhaps their most accessible one to date, accessible only because people are admitting that they were ready for them all this time, listening to the likes of Marc Riley and taking notice.

Long term linchpins of the Leeds DIY scene, they now follow their own paths; growing veg, running up hills, building musical paraphernalia. Every now and then the call goes out; the time comes to do another tour, put another record out.

For Bilge Pump, who first formed in 1996, this isn’t a career, it is more important than that, feeling the right moment, not forcing it. Drummer Neil Turpin says “A gig is good when the rhythm created and projected propels the crowds arms and legs, looping into a glorious reciprocal exchange of energy.” So they never need a set list, they just simply call out the first song then trust each other to go where they should be.

Anyone who has ever seen them will tell you they are loud. But loud and clear, defined patterns, riffs smoulder into drones and then catch fire again lyric’s trimmed of fat, precise and witty.  Listen to these songs and its feels like being in a pub whilst your mate recounts ludicrous theories and romantic woes. You don’t know whether to laugh or cry and in the background the juke box belts out a mix of Queen, Neil Young, Pink Floyd, Bowie, Pil,King Crimson and The Shangri La’s, half heard above the din so you keep filling in the bits you missed with your own.