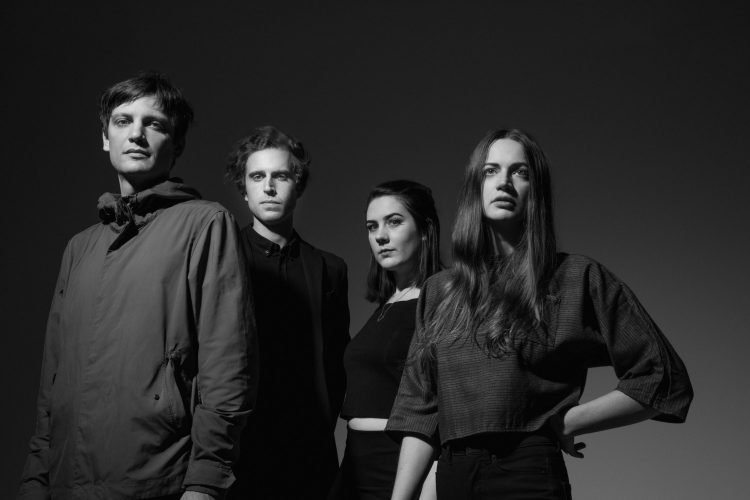 Activity gleefully discard the more weary connotations of indie rock through a natural and intelligent use of modern implements. Their debut album, Unmask Whoever forms a casually menacing framework for lyrical themes of paranoia, exposed character flaws, and the broader human capacity for growth when an ugly truth is laid bare.

Despite the recurrent aches of discontentment throughout Unmask Whoever, each track glows with radiant waves of catharsis manifesting itself in urgent tempos, glimmering guitar, and an atmosphere-forward mindset that enables Activity to subvert rock band orthodoxy. It comes as no surprise that when each member was asked about the highlights of their individual careers, they all pointed to this band as a joyful corner of their lives, a space within which they could flourish in the complement of their mutual abilities, and vent woes too great to tackle alone.

Formed just a year ago in NYC, vocalist/sampler operator Travis Johnson, drummer Steve Levine (both of Grooms), bassist Zoë Browne (of Field Mouse) and guitarist Jess Rees (of Russian Baths) came together to create a wholly new architecture under the guidance of engineer / producer Jeff Berner (of Psychic TV). Their debut sees its creators’ abilities gel with one another to reach new levels of interplay and fruitful cooperation.

Unmask Whoever sees its release via Western Vinyl on March 27, 2020.