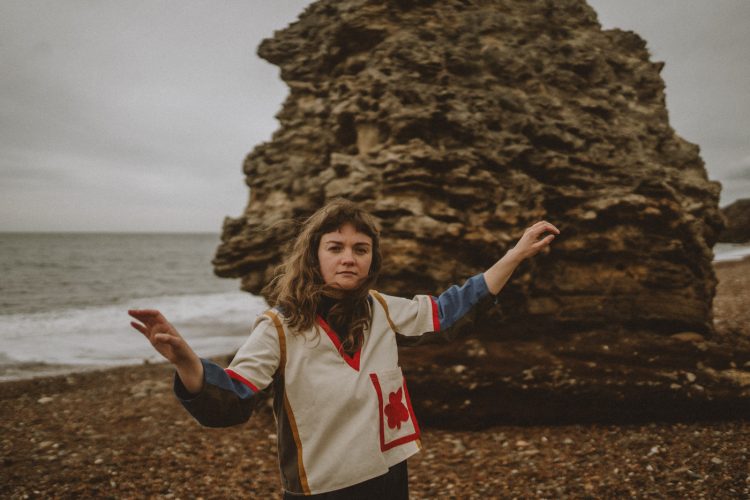 On her haunting new five-track EP, The Circle Dance, Newcastle-based innovator Me Lost Me aka Jayne Dent melds synthesizers with double bass and woodwind to imagine a future-facing vision of a planet built on balance and harmony. “One where we’ve actually managed to sort things out,” she says.

The EP’s title track conjures a folkloric scene, splicing thematic lyrics (“a circle motion maintaining balance / never too much / nor not enough”) with droning synths, scratchy strings and the rolling waves of Durham’s striking, otherworldly Blast Beach; a former coal mine dumping ground that formed the opening scenes for Alien 3 and provided a cache of field recordings for The Circle Dance.

“I was imagining a folk tradition that could have existed for a very long time, but also one that could still exist in the future,” explains the Chesterfield-raised artist of the self-produced EP’s opening track. “The Circle Dance,” which creates a foreboding air of folk horror dissonance, embraces the spring equinox, the summer solstice, seasonal folk festivals and “folk rituals about demons getting banished”.

The Circle Dance, which follows 2020’s celebrated LP The Good Noise, features instrumentation from Newcastle jazz stalwarts John Pope (double bass) and Faye MacCalman (clarinet), while being firmly rooted in Dent’s folkie upbringing; her dad plays both the hurdy-gurdy and the concertina and her parents introduced her to folk from an early age. She discovered electronic music as an art student via the experimental route, citing sonic visionaries like Pauline Oliveros and Laurie Anderson as sources of inspiration. Dent channels her love of these artists into the EP, where a palette of electronic production and analog synths help her transcend the boundaries of traditional folk.